10 things that crossed my mind watching "making a murderer"

January 21, 2016
If you have been watching the cult netflix "making a murderer" then there is absolutley no doubt in my mind you have been yelling at your screen rather a lot. So much in fact you're wondering where all this anger for a person you are not even related too has come from. This real life docu-drama has created a huge buzz across all social media's and im not suprised as it exposes the injustices of the legal system. I wouldnt want to be on the wrong side of that system when they blatently do-not-give-a-fuck about how to handle a case such as Mr Averys.
Here are
10 things that i thought whilst watching Making a murderer

1. Coincidence i think not? She sabotaged the evidence, clearly, cos its just ever so ever so funny how she only done it on this case and not her previous cases. 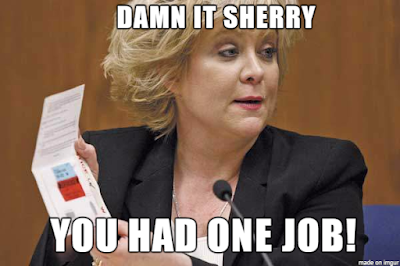 2. How were the Manitowoc police/sheriff force EVEN allowed on this case after they wrongly convicted Steven for 18 years ??? Apprently they had been babysat by the neighbouring county force but somehow, Lenk and his shady helpers were at the "crime scene"


3. Do keys really just appear out of nowhere? or even walk? Where are you hiding Uri Gellar? 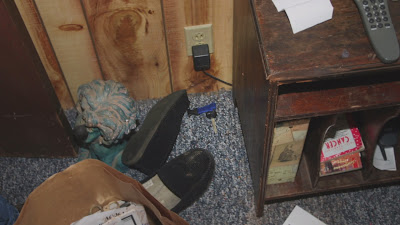 4. Lets not get off course here, but who is this HUNK?! The square jaw, the grey hair , the concentration face *heart eyes* 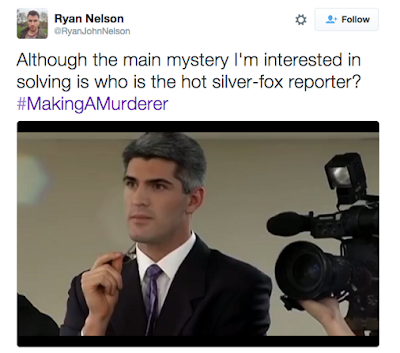 5. THE most frustrating part of this docu-drama for me was the whole toyota x sarg colburn episode!!!! i mean WTF!! the guy was standing in front od that SAME car 2 days prior to it being found, he told the despatch the brand of the car just by the number plate and stating he was in front of it. Then started fumbling and mumbling when confronted with evidence that backed that up !!!! If you was shouting at your screen by this point then you are plain ol stupid. 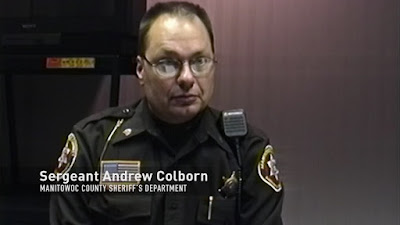 6. Nothing more to be said. These guys seemed compassionate, true and understanding. Im glad there was actually some people in this case who had a conscience. 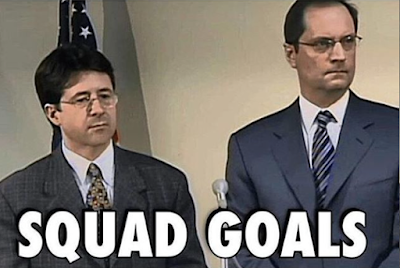 7. I finished the series a week or 2 weeks ago and im getting so angry just by writing this post. DAMN.

8. S-H-A-D-Y gang. The brother & the ex boyfriend. Why wasnt they questioned? And is it just me, but if i was in the same room with the supposed murderer who killed my family member i would have an experession on my face that is the total opposite of disinteresed, sleepy, bored etc. 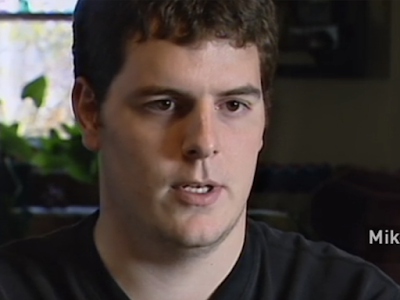 9. The thought of him makes my skin crawl. The sound of his voice and his over inflated ego makes me want to vom. GET DOWN from your perch mate. no feelings. no proof. egotistical pig. oh, and i dont think sexting a female domestic violence victim was a good move....especially for you. 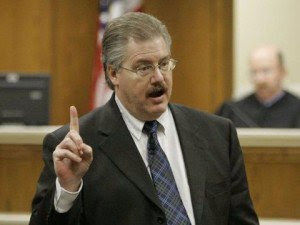 10. Who killed Teresa Halbach??? I strongly believe Steven is innocent. So all along im wondering who did it? The brother, the ex? The police force? Maybe both together? Who bloody knows, but i hope we will find out and justice is restored.

This is also interesting ---- new evidence that could change stevens case

If you watched the series, what were your thoughts????